The terms and definitions are provided as a starting point for understanding and discussion, and this is list is not exhaustive. Please note: terminology is always evolving and often mean different things to different people. These definitions have been written by staff of The HUB Cultural Center and informed by trusted resources; Racial Equity Tools/Glossary.

Ableism | Ableism is discrimination and social prejudice against people with disabilities or who are perceived to have disabilities.

Ally | Someone who makes the commitment and effort to recognize their privilege (based on gender, class, race, sexual identity, etc.) and work in solidarity with oppressed groups in the struggle for justice.

Anatomical Sex | The patterns in anatomy, chromosomes, hormones, and physiology that we have learned to characterize as male or female. This is assigned based on the appearance of a person’s genitalia either in ultrasound or at birth.

Anti-Racism | Anti-Racism is defined as the work of actively opposing racism by advocating for changes in political, economic, and social life.

Aromantic (“aro”) | A romantic orientation generally characterized by not feeling romantic attraction or a desire for romance. Aromantic people can be satisfied by friendship and other non-romantic relationships. Many aromantic people also identify with a sexual orientation, such as asexual, bisexual, etc.

Asexual (“ace”) | A broad spectrum of sexual orientations generally characterized by feeling varying degrees of libido, sexual attraction, or, sexual desire. The ace community is diverse, and there is no one way of being asexual. For example, some asexual people have sex and experience varying levels of sexual attraction.
*Asexuality is distinct from celibacy, which is the deliberate abstention from sexual activity. Celibacy is a choice, celibacy is not.

Bigotry | Intolerant prejudice that glorifies one's own group and denigrates members of other groups.

Bisexual | Someone who is attracted to the same and other genders (& who identifies as part of this community) Does not necessarily mean attracted to two genders.

Cisgender | Someone whose gender identity matches the cultural expectations of the sex they were assigned at birth. The prefix of this word means “on this side of” or “not across.”

Cishet | A combination of the words "cisgender" and "heterosexual" (i.e., an individual who is both cisgender and heterosexual).

Cisgender Privilege | Set of unearned advantages that individuals who identify as the gender they were assigned at birth accrue solely due to having a cisgender identity; when a culture prioritizes a binary gender system (male or female).

Cissexism/Genderism | The pervasive system of discrimination and exclusion founded on the belief that there are, and should be, only two genders and that one’s gender or most aspects of it, are inevitably tied to assigned sex. This system oppresses people whose gender and/or gender expression falls outside cis-normative constructs.

Classism | Class discrimination, also known as classism, is prejudice or discrimination on the basis of social class. It includes individual attitudes, behaviors, systems of policies and practices that are set up to benefit the upper class at the expense of the lower class.

Colonization | Colonization can be defined as some form of invasion, dispossession and subjugation of a people. The invasion need not be military; it can begin—or continue—as geographical intrusion in the form of agricultural, urban or industrial encroachments.

Cross Dresser/Transvestite | Terms popularized in the 1960s to refer to those who choose to dress in clothing socially assigned to a different gender; has fallen out of use, and people may refer to use the terms “drag” or “gender bending”. Generally impolite to call someone this unless they have specifically asked you to.

Cultural Appropriation | Theft of cultural elements for one’s own use, commodification, or profit — including symbols, art, language, customs, etc. — often without understanding, acknowledgement, or respect for its value in the original culture. Results from the assumption of a dominant (i.e. white) culture’s right to take other cultural elements.

Decolonization | Decolonization may be defined as the active resistance against colonial powers and a shifting of power towards political, economic, educational, cultural, psychic independence and power that originate from a colonized nations’ own indigenous culture. This process occurs politically and also applies to personal and societal psychic, cultural, political, agricultural, and educational deconstruction of colonial oppression.

Diaspora | Diaspora is "the voluntary or forcible movement of peoples from their homelands into new regions...a common element in all forms of diaspora; these are people who live outside their natal (or imagined natal) territories and recognize that their traditional homelands are reflected deeply in the languages they speak, religions they adopt, and the cultures they produce.

Discimination | The unequal treatment of members of various groups based on race, gender, social class, sexual orientation, physical ability, religion and other categories.

Ethnicity | A broad understanding that a group of people have a shared cultural origin.

Gay | Historically, a term used to describe a man who is attracted to other men (& who identifies as part of this community). Also used as an umbrella term to describe people who are LGBTQ+

Gender | Our deeply held, internal sense of self as a woman, man, a blend of both, or neither; who we internally know ourselves to be. Often heavily influenced by socialization, and is fundamentally different than one’s assigned sex at birth.

Gender Queer | A gender identity and/or gender expression that is not exclusively masculine or femininel an identity that is outside the gender binary and cisnormativity. People may express a combination of masculinity and femininity, or neither, in their gender expression.

Gender role | The social and cultural practice of assigning roles and behaviors to people based on the expectations of their gender identity.

Heterosexism | Preferential treatment of heterosexual people and reinforcement of the idea that heterosexuality is superior to queerness. Shorthand term for the systems of oppression that privilege heteronormativity and harm LGBTQ+ people.

Heteronormativity | The belief that heterosexuality is the norm or default sexual orientation (until proven otherwise), and that sexual and marital relations are most (or only) fitting between people of opposite sex.

Heterosexual | Person attracted to the gender category that is considered to be “opposite” to theirs.

Implicit Bias | Also known as unconscious or hidden bias, implicit biases are negative associations that people unknowingly hold. They are expressed automatically, without conscious awareness. Many studies have indicated that implicit biases affect individuals’ attitudes and actions, thus creating real-world implications, even though individuals may not even be aware that those biases exist within themselves.

Imposter Syndrome | Refers to an internal experience of believing that you are not as competent as others perceive you to be.

Inclusion |  Being included within a grouping or structure with an authentic sense of belonging. Organizationally, inclusion is  expressed through practices and policies that empower employees across the board.

Intersectionality | A term coined by scholar Kimberlé Williams Crenshaw to describe how race, class, gender, and other aspects of identity intersect and inform social inequities, and are experienced by individuals or groups of people.

Intersex | An umbrella term used to describe the various ways in which a person’s anatomical sex may naturally develop in ways that don’t align with the expectations of the gender binary.

Internalized Racism | Internalized racism is the situation that occurs in a racist system when a racial group oppressed by racism supports the supremacy and dominance of the dominating group by maintaining or participating in the set of attitudes, behaviors, social structures and ideologies that undergird the dominating group's power.

LGBTQ+ | An inclusive term for the lesbian, gay, bisexual, transgender, queer and many other communities.  Individuals and groups may choose to identify or not identify with the traditional acronym.

Lesbian | Women who are attracted to other women (& who identify as part of this community).

Microaggression | The everyday verbal, nonverbal, and environmental slights, snubs, or insults, whether intentional or unintentional, which communicate hostile, derogatory, or negative messages to target persons based solely upon their marginalized group membership. (MIcroaggression Examples)

Multicultural Competency | A process of learning about and becoming allies with people from other cultures, thereby broadening our own understanding and ability to participate in a multicultural process. The key element to becoming more culturally competent is respect for the ways that others live in and organize the world and an openness to learn from them.

Non binary, non-binary, nonbinary (“enby”) | A gender identity and experience that embraces a full universe of expressions and ways of being that resonate for an individual, moving beyond the male/female gender binary. It may be an active resistance to binary gender expectations and/or an intentional creation of new unbounded ideas of self within the world.

Privilege | Unearned social power accorded by the formal and informal institutions of society to ALL members of a dominant group (e.g. white privilege, male privilege, etc.). Privilege is usually invisible to those who have it because we’re taught not to see it, but nevertheless it puts them at an advantage over those who do not have it.

Queer | Umbrella term used by many, but not all, LGBTQ+ people to refer to anyone whose sexual orientation, gender identity or expression is not “standard” in society. Historically, a negative or pejorative term, but has been reclaimed as a celebration of not fitting into social norms.

Race | Race is a made-up social construct, and not an actual biological fact. (Race : The Power of Illusion)

Reparations | States have a legal duty to acknowledge and address widespread or systematic human rights violations, in cases where the state caused the violations or did not seriously try to prevent them. Reparations initiatives seek to address the harms caused by these violations. They can take the form of compensating for the losses suffered, which helps overcome some of the consequences of abuse. They can also be future oriented—providing rehabilitation and a better life to victims—and help to change the underlying causes of abuse. Reparations publicly affirm that victims are rights-holders entitled to redress.

Romantic attraction | A broad spectrum that refers to one’s emotional, romantic, psychological, and/or spiritual desire or non-desire to have a romantic relationship with others.

Sensual | Something that is pleasing to your body and your senses.

Structural Racism | The normalization and legitimization of an array of dynamics – historical, cultural, institutional and interpersonal – that routinely advantage Whites while producing cumulative and chronic adverse outcomes for people of color. Structural racism encompasses the entire system of White domination, diffused and infused in all aspects of society including its history, culture, politics, economics and entire social fabric.

Social Justice | Social justice is a concept of fair and just relations between the individual and society, as measured by the distribution of wealth, opportunities for personal activity, and social privileges.

Transgender | Person whose gender identity does not align with sex assigned at birth.

Transsexual | Outdated and offensive term referring to those who do not identify with their birth-assigned gender and alter their bodies surgically and/or hormonally.

Two Spirit |  An umbrella term encompassing sexuality and gender in Indigenous Native American communities, and is a cultural term reserved for those who identify as Native American. People who identify with this term often serve integral and important roles in their communities, such as leaders and healers. It may refer to an embodiment of masculinity and femininity but this is not the only significance of the term. There are a variety of definitions and feelings about this, and it does not resonate for everyone.

White Fragility | Refers to feelings of discomfort a white person experiences when they witness discussions around racial inequality and injustice.  White Fragility

White Privilege | Refers to the unquestioned and unearned set of advantages, entitlements, benefits and choices bestowed on people solely because they are white. Generally white people who experience such privilege do so without being conscious of it. 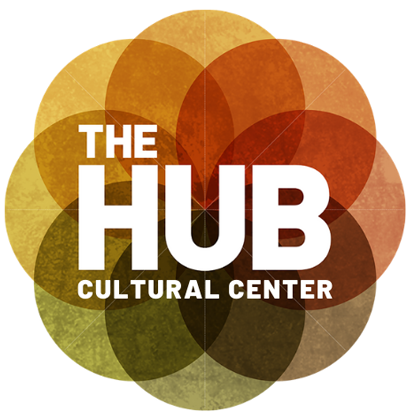